Yesterday was Father’s Day in many countries. If you could dedicate a holiday to a more distant relative, who would it be — and why?

Have you heard the one about the women who, when she cooked a ham, always cut the ends off before she put it in the oven?  It goes something like this: 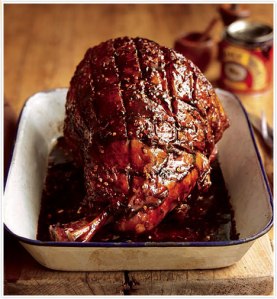 We’re moving at a pace that would cause whiplash in our great and great-great grandparents’ generations; they might be surprised to find their family secrets on Pinterest on Stumble Upon! We do things every day because they’ve always been done that way.   Stories, traditions, and tips passed down for generations for how to prepare a ham, how to get a baby to sleep through the night, the best way to plant the tomatoes in your garden…these are the things that make us who we are.

Unless you’re someone who has spent hours on Ancestry.com or in the annals of a local historical society, you may not readily know whose recipe you’re using or how the lullaby you sing to your child became emblazoned on your brain. Today’s thank you is for all the relatives who have somehow contributed to the fabric of our families’ histories–whether we know them or not.