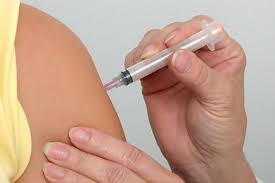 I got my flu shot this week.  There was a clinic at work as part of our quarterly all staff meeting.  Some nice nurses who are affiliated in some way with our health insurance carriers, set up shop at one end of the auditorium and anyone interested could line up for their shot.  No one had to pay for their shot if they were covered by appropriate insurance.

Some people simply don’t like needles and therefore refused to get a flu shot.  I’m cool with that, it’s an individual choice.  The thing that bugs me though, is there are at least a few people who claim to be afraid of needles, take a pass on getting the shot, and the rest of us pay the price for their winter sicknesses…but I’m digressing.

Typically, I haven’t had a reaction to the flu shot.  I know full well that you can’t actually get the flu itself, but some people do experience side effects.  For the most part its matter of tenderness where the needle went into the fleshy part of the upper arm.  I had a great nurse administer my shot; quick, painless, and a smile when she was done.  It was over in less than 10 seconds.

The day after I was injected with what is supposed to keep me flu-free this year, my arm was incredibly tender to the touch, itchy and hot; and it felt like there was a golf ball was just under the surface of my skin.  I put a cold pack on it, which helped, as did the Advil that I took.  The situation persisted into a third day.  I didn’t really want to have to go to my doc to have her tell me, “it’s a normal reaction.”  So just to be on the safe side I called who most of our staff call when they have a medical question.
Nurse Maria is our director of health and nutrition services.  She’s been doing her job for quite some time and is an exceptional nurse.  When I had questions about my thyroid, subsequent surgery and treatments, she kindly and willingly helped me to make sense of some of my anxiety.  In the case of my flu-shot-arm situation too, Nurse Maria was the voice of reason.  She reassured me that, in fact, what I was feeling was “normal”. 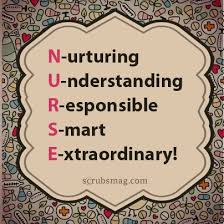 Her suggestion for making the pain going away sooner:  “Use your arm–go home and scrub the tub.  If you don’t use it the pain will last longer.”  I didn’t go home and scrub the tub, that’s for sure,  but I did make a concerted effort to move my arm around while I was sitting at my desk or in meetings.  Maria called me on Thursday afternoon to ask how I was doing.  I reported that I was back to normal and truly appreciated that she was checking up on me.  Like I said, she’s a terrific nurse!  Thanks, Maria!!